For my first attempt at the art of blogging, I have decided to stick to familiar territory and address the topic of urban wildlife. At first sight, our towns and cities may not seem to be havens for wildlife but after researching the subject, I discovered that there is a lot more life amongst the concrete than is immediately obvious. 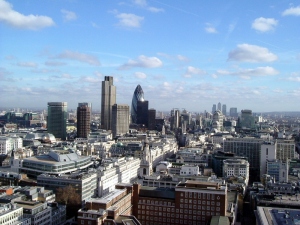 Urban areas are often built up and covered by paving and tarmac, but also include rivers, canals and suburban areas with gardens and parks. The fact that urban environments are so densely populated means that there is often food readily available for scavenging and many places for creatures to find shelter and nesting places. In Britain, the urban landscape is heavily populated with a variety of wildlife. Red foxes, rodents, a variety of birds, squirrels, insects, amphibians, bats and sometimes even badgers can be found scavenging on scraps of food left by humans and nesting in buildings.

A couple of years ago I realised just how much urban wildlife there was when I found a mouse nesting inside one of my trainers which I promptly put outside in my garden, only to find that a fox had run off with it and it was then never to be seen again. In fact, I later discovered in my garden in south east London, that there was a whole family of foxes living there which seemed to be multiplying rapidly much to the horror of my next-door neighbour who was keeping chickens. Suddenly I realised that my own garden was full of wildlife- not only foxes, but visiting cats, birds, insects and many other creatures appeared on a daily basis. 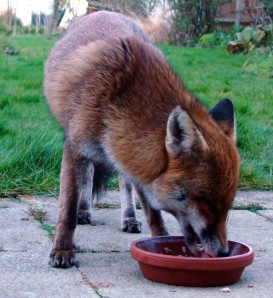 Foxes
Red foxes are widespread in urban areas throughout the world. They populate many Australian, European, Japanese and North American cities and thrive in the urban environment. Fox populations are generally higher in urban areas than rural areas.

Colonies of foxes were first established in Britain in cities such as Bristol and London during the 1940s. They survive well in cities because they are not limited by food in urban areas. Most eat a wide range of food items and food is often deliberately provided by householders. Foxes also eat a large variety of wild food stuffs including fruit, invertebrates, and small mammals and birds.

Tips for spotting urban wildlife
• You can attract garden birds and animals by providing food, water and nestboxes
• Lakes, ponds and canals are great places to spot waterbirds, as well as plantlife, insects and amphibians
• The best time of day to spot wildlife in city parks is early in the morning, before people appear and disturb the wild creatures
• Night time and evening are the best times to see foxes and badgers can sometimes be seen in some suburban areas

Category: Stuff by us

← Birding in the Cook Islands
Hooked on harriers →