This week’s entry is from Japanese ornithologist and author Tadao Shimba, about a favourite spot on the coast of Japan.

“A harrier gliding over the reed bed is a common winter scene in southern Japan. This winter we have had more Hen Harriers visiting than usual. 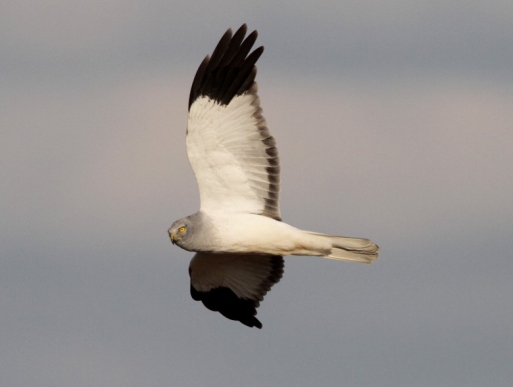 Hen Harriers are known to roost together and we have found a new spot near the coast in central Japan, close to the town of Isshiki. The roost can be viewed from a car parked on the embankment above, which is a great place from which to study individual birds.

The harriers start returning to the roost as early as 2pm on windy days. The birds continue to arrive until dusk, by which time they are virtually invisible to the watchers on the bank.

The plumage of the Eastern Marsh Harriers that breed in Japan differs greatly from that of birds migrating down the Asian continent in winter, and further research is required. This location near Isshiki contains about 10 birds at the moment, in a variety of plumages, offering us a great opportunity for study.”

Eastern Marsh Harrier. What a cracker.

Tadao is the author of Photographic Guide to the Birds of Japan and North-east Asia.

2 Comments on “Hooked on harriers”