Posted on May 6, 2015 by bloomsburywildlife

It’s not often one enjoys a refreshing saltwater facial courtesy of an eight-metre long shark – but that’s what happens if you sneak up and try to rub its back.

There are few creatures in our oceans quite as awesome as the basking shark, and a close encounter was one of the highlights of a year I spent travelling around Britain in search of our rarest and most endangered animals for my book
Few And Far Between. 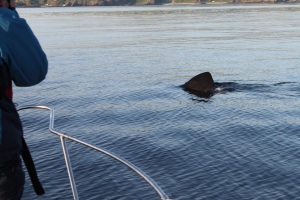 I was fortunate in being able to join licensed researchers from Manx Basking Shark Watch who were collecting DNA samples from feeding sharks that cruise the bays around the Isle of Man in the summer. This involves steering a small boat up behind them and deftly rubbing the slime-covered dorsal fin with a pad on an extendable pole. 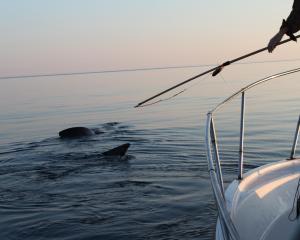 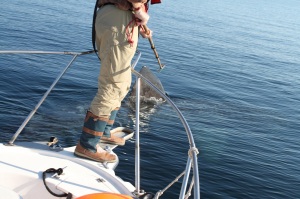 Drawing alongside the world’s second largest fish, and being showered with cold seawater as they headed off with a flick of an immense tail, was an unforgettable experience.

I had set myself the daunting challenge of tracking down 25 of the UK’s scarcest species, ranging from the surreal spiny seahorse and elusive Scottish wildcat to the striking golden oriole and noisy natterjack toad.

During my travels I enjoyed sightings of a number of species that very few people have been lucky enough to come across in Britain. These included the ice age vendace fish which lives in the depths of a few glacial lakes; the streaked bombardier beetle that ejects a boiling mixture of toxic chemicals to deter predators; the heavyweight wart-biter cricket once used to remove warts; and black rats living on an uninhabited Hebridean island – the last stable refuge in Britain of this one-time plague-carrier. 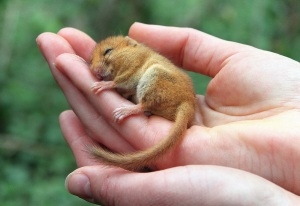 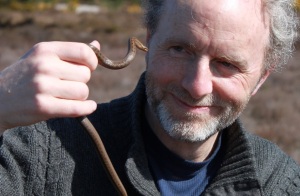 Some animals had the ‘ahhh’ factor, like the dormouse, and others a touch of the ‘yikes!’ (a nippy smooth snake among them), but without doubt the most breathtaking was the basking shark. It was the biggest on my target list (scooped on size, however, by a chance encounter with a sperm whale off Scotland).

Shark slime is pretty dark and smelly, but the Manx Basking Shark Watch team I accompanied got enough of the stuff to help build up genetic profiles of a dozen sharks during the day, and tagged a male with a satellite transmitter, which tracked its travels to north-west Scotland. The information will help efforts to prevent this once-abundant species, whose size spawned numerous tales of sea monsters over the centuries, from following its own legends into the history books.

Harvested around the world for their oil-rich livers, for shark fin soup and the Far East medicine trade, numbers of threatened basking sharks have been seriously depleted. Thankfully they are protected in our waters – the seas would certainly feel a lot emptier without them.

Charlie Elder’s travels in search of Britain’s rarest animals are described in his book Few And Far Between, published by Bloomsbury and available at book stores and online. 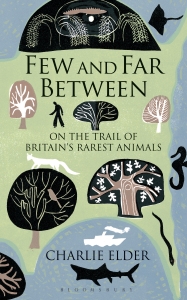