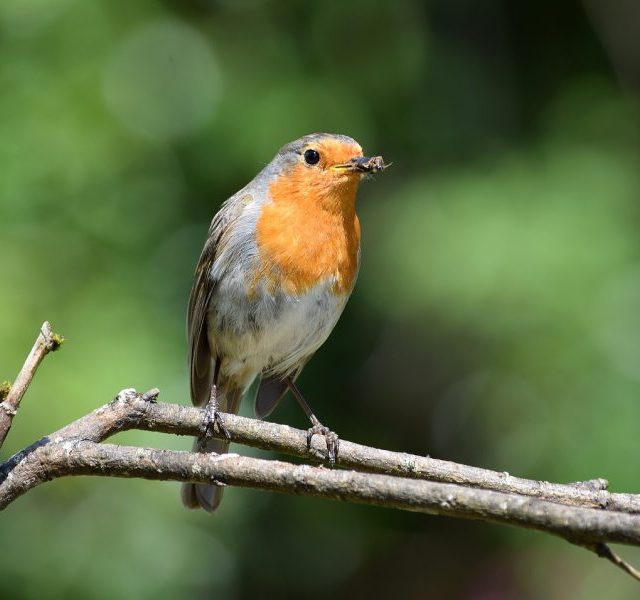 This weekend is the RSPB’s Big Garden Birdwatch. There’s still time to register online for this year’s event, and help provide the RSPB with important information on how the UK bird population is doing. It is simple and enjoyable – and a great excuse to watch your garden birds from the comfort of your living room!

This weekend is the RSPB’s Big Garden Birdwatch. There’s still time to register online for this year’s event, and help provide the RSPB with important information on how the UK bird population is doing. It is simple and enjoyable – and a great excuse to watch your garden birds from the comfort of your living room!

To help you take part and identify the birds in your garden, for a limited time only, we’re offering 30% off our top birding books including the new release The Everyday Guide to British Birds. In the blog below author Charlie Elder gives a few tips for spotting birds in your garden.

Identifying birds can seem like a confusing business for a beginner. For a start, they never seem to stay still long enough to get a decent look, flying off just when you’ve worked out which way to twiddle the focus wheel on your binoculars. Then, when you do get round to thumbing through a guidebook, it’s hard to remember exactly what you saw, and there seems to be a bewildering array of possibilities.

It was fairly small and brownish, of that you’re sure. Only this doesn’t narrow things down much, given the pages of alternatives. Oh, and didn’t it have some red on the front? Bingo! A Sinai Rosefinch. Fancy seeing one of those in my back garden – a first for Britain. (Unless, of course, it was a Bullfinch.)

Frustratingly, birds in the wild don’t pose neatly side on the way they do in books, and their colours may look muted in poor light. It can be hard to get an accurate sense of size, while so-called ‘unmistakable’ characteristics can seem anything but. And where exactly should you look to distinguish a bird’s so-called ‘distinguishing features’? For a novice, it can feel as though identification depends on actually knowing what the bird is first! 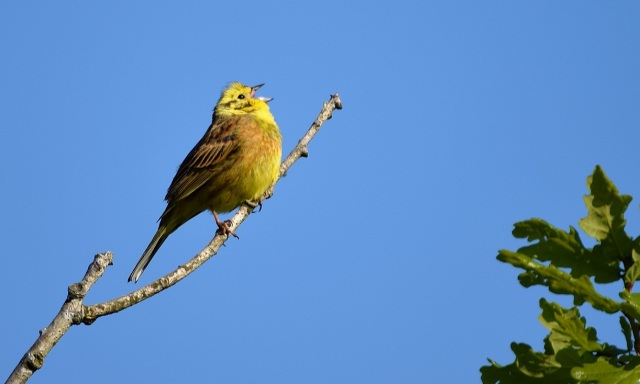 However, even those who consider themselves complete ornithological bird brains may be pleasantly surprised by what they already know. When it comes to identification, most of us will recognise a picture of a Robin, a Magpie, Kingfisher or Puffin. Perhaps we’d also know when we saw a Wren, Blue Tit, Swallow, pheasant, Barn Owl or Heron. And we could definitely guess that something was a kind of swan, duck, gull or woodpecker even if we couldn’t recognise the exact species.

And that’s where the fun begins. What kind of swan is it? Putting names to birds could be regarded as a frivolous brain-teaser, but there is more to it than that. The satisfying challenge of working out what something is from clues and the process of observing and noticing help us gain a deeper understanding and appreciation of the natural diversity around us. And knowing what a bird is called is only a start. Rather than being an answer in itself, a bird’s name could be considered a question: a whooper swan? What’s that all about? 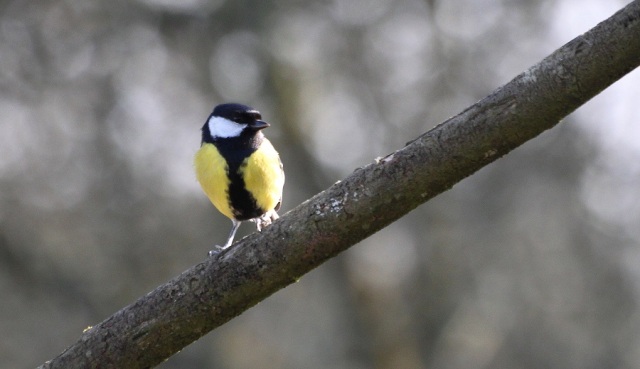 Unlike with hobbies such as hot air ballooning or abseiling, it doesn’t matter if you make mistakes when you’re watching birds – though it’s much more rewarding to know you’re getting things right. And that’s what inspired The Everyday Guide to British Birds. By excluding rare and elusive species, localised specialities and birds that are incredibly tricky to identify, my new book tries to help birdwatching beginners by focusing attention on the common and widespread species we are most likely to encounter.

An excellent place to start is in the comfort of your own home, by joining in with the RSPB’s Big Garden Birdwatch. Every January, the RSPB urges everyone to make a note of the bird species that visit their back gardens and bird tables over the course of one hour – this year it’s from January 27–29. Big Garden Birdwatch not only encourages people to put their bird identification skills into practice, it also puts everyone’s findings to good use. More than half a million people take part every year, and the findings have helped scientists to paint a picture of the changing populations and distribution of familiar species since the ‘citizen science’ survey was first launched in 1979.

One thing Big Garden Birdwatch has shown is that our abundant species can never be taken for granted. The humble House Sparrow may consistently top the Big Garden Birdwatch chart as the species we are most likely to spot from our kitchen window, but flocks are now far fewer in number than before – numbers are down by more than half since the annual survey of backyard birds began. Other declining species include the Starling, Greenfinch and Song Thrush. Happily, though, Woodpigeons, Collared Doves and Goldfinches are flying high, visiting our gardens in increasing numbers.

Beyond the back garden, long-term surveys have shown that once-numerous species have undergone alarming declines, particularly farmland birds, such as Yellowhammers, Linnets, Tree Sparrows and Grey Partridges. This may sound like a contradiction in terms, but in many cases, it’s the common birds we need to worry about.

Whether you birdwatch as you go, or go out of your way to see more, learning about our birds and appreciating the everyday species around us offers a lifetime of pleasure and discovery.

The Everyday Guide to British Birds, an illustrated Bloomsbury/RSPB title by Charlie Elder, describes our common and widespread species and the fascinating qualities that make them unique. All photos taken by Charlie Elder and used with permission.