A place for the misfit 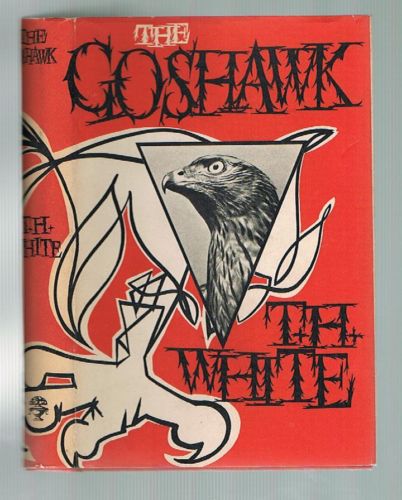 Conor Jameson marks the death of The Goshawk author T.H White. This year marks the 50th anniversary of the death of author T. H. White, probably best remembered by bird enthusiasts for his mini epic The Goshawk (1951), and by the general public for The Once and Future King, his Arthurian novels, and the blockbuster Disney and Broadway spin-offs that ensued. Like J. A. Baker, author of The Peregrine (1967), White’s work has inspired a number of prominent naturalists. It seems timely to remember the man, and reflect on his life and… Read More

An American Goshawk in Scotland

Conor Jameson has a mystery to share… It has some of the hallmarks of a Conan Doyle murder mystery, complete with period costume, a shooting, a body, a fairytale Victorian Highland setting, suspects, big city and small town locations, journeys in between, and – for good measure and Hollywood appeal – a strong American angle. In fact the central character is a ‘Yank’ – Accipiter gentilis atricapillus to be precise – the fabled Northern Goshawk. It’s spring 1869 and there is unrest in the British Empire – Canada, this time. The finishing… Read More

Conor Mark Jameson describes his meeting with the elusive Goshawk… Berlin. Late February. As chill, and still and drab as all the Cold War, spy thriller clichés. I am here with ‘Altenkamp!’. That’s how Rainer answers his hands-free, as we drive to the fourth and last of our destinations this afternoon, here in the east of the sprawling city. This is Rainer’s ‘precinct’. This is where he does his stake-outs, stalks his quarry, makes his notes. We aren’t looking for dissidents, however. Those days are gone. We are looking for goshawks. Improbably,… Read More