This week, Nigel tells a tale of birding derring-do from the darkest corner of remote East Sussex …

Most birders keep a garden list. It may be written down or it may be in their heads, but those who strive to attract birds into their gardens are usually well aware of which species are regularly seen and those that are more rarely recorded – some may have been seen only once or twice, but that still counts as a ‘garden bird’. But what are the rules about what can or cannot be counted? Obviously a bird physically in your garden is fully acceptable as a garden tick. Species flying over in ‘your’ airspace also count for most people. Purists might limit their garden list to these two categories, but I prefer to count any bird that is seen from my garden. So, a species does not actually have to be on my little patch of land, but I have to be to be able to see and identify the bird from the house or while I am in the garden.

Having established the ground rules, the key to a big garden list is location, location, location. A garden within sight of the sea or a large waterbody is much more likely to attain more species than an inland suburban one. It should be possible to see more than 100 species in the former, while 50 might be a reasonable tally for the latter. My own garden in rural Sussex is not close to the coast or on any migratory fly-line, but instead is surrounded by fields and woodland. It has taken me 12 years to reach a tally of 60 species – a modest total by my reckoning. Mind you, I do have a full-time job, and I don’t get up early very often to look for unusual migrants in spring or autumn. Anything I see in my garden is incidental to my usual activities. Having said that, the garden is quite birdy. There is constant activity at the feeders, with Marsh Tit being a very frequent visitor, and my three nestboxes are all occupied every year by Blue Tits and Great Tits. House Sparrows nest noisily in the ivy on the house, and the songs of Chiffchaffs and Blackcaps can be heard persistently throughout the summer. 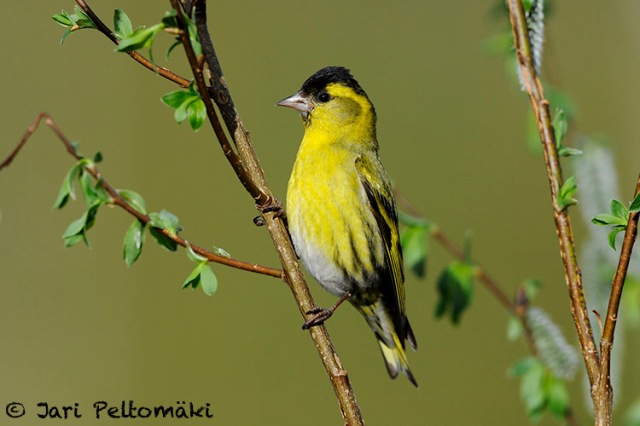 This year, a pair of Nuthatches successfully reared a family in one of my nestboxes and Bullfinches are nesting in a hedge beside my vegetable patch. Every few years, I get an invasion of Siskins in late winter; the first ones appear in late January but February and March are the best months. My peak count was 85 – not bad for a garden bird. Most of them leave in April, with an occasional pair lingering into May. Common Buzzards are now seen quite frequently, in stark contrast to ten years ago when they were almost unheard of in Sussex. Perhaps the greatest find for my garden list was a pair of Ravens that flew over on a sunny day in September a couple of years ago. I was picking blackberries at the time, and the characteristic deep call caused to me look up. That was until last Sunday…

At around 12.50 on 17 June I stepped out of my front door and immediately heard the familiar call of a European Bee-eater. I looked up and, to my amazement, saw the back-end of a bird disappearing through a gap in the trees. Even on a brief view I knew instantly that this was a bee-eater. A few moments later, a group of four birds emerged from behind the trees, heading out across the open field adjacent to my garden. A fifth bird quickly joined them, and all five briefly circled and glided quite low over the field, keeping in close contact with each other with their constant calling, before continuing their journey in a SSW direction. I waited to see if they would return but had no further sightings. It was not the best of views. I had no binoculars with me and it was all over far too quickly, but there was no mistaking these distinctive birds. I have seen many thousands of bee-eaters abroad over the past four decades, but this species is a big rarity in Britain, and even in my active twitching days it was a bird that had always eluded me. Indeed, despite having a respectable British list in the mid 400s, European Bee-eater was probably the ‘commonest’ species that I had never seen in Britain.

Star of the show.

But what were these birds doing flying over my garden? Where had they come from? Where were they going? One can speculate that they were a group of failed or non-breeders that had wandered up from France or Spain. Or they could have been a family party cruising around western Europe before heading south to Africa for the winter, having bred in central France, or even in Sussex! We will never know of course. But, by a strange coincidence, my friend Bill Harvey (also a Christopher Helm author) saw five Bee-eaters flying north over his garden near Tunbridge Wells, exactly 24 hours later. They must have been the same birds. Maybe they will fly over another birder’s garden to help us build a bigger picture of the movements of these mobile birds, but even if they are never heard of again, this was a spectacular addition to my British list – and to my garden list.

Along with being a publisher, Nigel is co-author of Where to Watch Birds in Britain.

← The happy denouement
Letter from Dominica →