Conor Jameson’s British Birds feature provides food for thought on the changing status of species at Southill Park over the past 60 years.

While doing some research for my book Silent Spring Revisited, I came across a 1963 issue of the Bedfordshire Naturalist journal that included an account by Bruce Campbell of a nesting bird survey that he and the (then) British Birds editor James Ferguson-Lees carried out that year. They were repeating a survey first conducted sixty years earlier.

Campbell takes up the tale: ‘On June 4th, 1903, Jannion Steele-Elliott, the great Bedfordshire naturalist and his friend Ronald Bruce Campbell, my father, spent the day at Southill Park and found nests with eggs of 27 different species of bird, a feat which can have few parallels in British field ornithology.’ Sixty years on: ‘On June 5th, 1963, Jannion’s nephew, Dennis Elliott, James Ferguson-Lees, like my father a Scoto-Bedfordian… and I celebrated the diamond jubilee of the 1903 visit.’ Nothing was published at the time of the 1903 visit, but Campbell had his father’s diary of the event for reference.

In 1963, the three searched from mid morning till around 9.00 pm, and only just failed to emulate their predecessors: ‘Allowing ourselves the Blackcaps [fledged young rather than the nest itself], our tally was 60 occupied nests of 26 species. Considering the effect of the previous winter and that none of us knew the area well, whereas Steele-Elliott was certainly familiar with it, we felt we had not done too badly.’

With the 50th and 110th anniversary of this unusual and occasional survey approaching, I felt that it ought to be repeated. Richard Bashford, Barry Nightingale and I approached the estate; the necessary permission was generously granted by the Whitbread family and we did a dry run in June 2012. It was clear that the emphasis of our informal survey would not – indeed should not – be on locating the actual nests of many of the species likely to be present and breeding, to avoid risk of causing disturbance. Times and of course ornithological conventions have changed.

A cold wind from the east made for thinner pickings than we might have expected at the Keepers Warren, where we set off. It was evidently heathland and not long planted, in 1963. The predated Wood Pigeon fledgling we found on the track may have been evidence of Sparrowhawk, absent 50 years ago. We found some other signs of life, such as the Muntjac Deer that trotted calmly across the track up ahead of us. The one that Campbell noted in this very part of the estate he described as his first glimpse of this recently introduced species in the wild.

At a clear-felled area we speculated on the species that might have occurred in days gone by – Nightjar, Woodlark, Whinchat, Tree Pipit – but we found nothing. We did pick up half a white eggshell, which looked good for Tawny Owl. I popped it in my bag for later verification.

The ’63 group had gone first to the lake, and enjoyed early success. ‘The boathouse gave us our first score, a House Sparrow with 4 eggs on a beam; there were several others to which we did not climb,’ Campbell reported. The boathouse is still there, crowded by trees, but the House Sparrows are long gone. The lake covers around 20 ha and remains a place busy with waterfowl and other wetland specialists. In 1963, Campbell recorded that ‘… herons lumbered off the tall trees on the island. The heronry was not in existence in 1903, so this gave us one species in hand for a start.’ We too were able to add Grey Heron to our list. 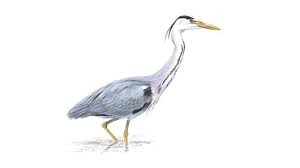 The 1963 search became ‘amphibious’ – the two men were equipped with gumboots and a mirror on a stick. They found Sedge Warbler and – curiously – a Bullfinch nest in sedges over the water. ‘The colony of Reed Warblers was known to Steele-Elliott but no nests were recorded on the 1903 visit… we tallied eight Reed Warblers with eggs.’

In 1963, the Turtle Dove accidentally flushed from its nest and young as the men returned to shore we could only dream of nowadays. They also stumbled on a Common Whitethroat nest nearby. We found a pair not far away, but only derelict nests were apparent.

For all their abundance over the lake we could add no hirundines to our list of breeders. The lake gave us one notable record – Egyptian Goose with goslings – and also something that our predecessors had noted, but of which we were unable to prove breeding on the day: Mute Swan and Great Crested Grebe.

Things improved after lunch, as we found Green and Great Spotted Woodpeckers attending nest holes, Eurasian Nuthatches with a brood of five, and family groups of Eurasian Treecreeper and Goldcrest (‘a rarity in 1963’). Perhaps best of all were the Marsh Tits feeding recent fledglings.

The arable fields added little to our list, the winter wheat no doubt too high and dense already for ground nesters. The lack of hedgerows here ruled out several others. One real bonus was our discovery of the return of Spotted Flycatchers to the vicinity of Gothic Cottage. They were missing in 2012.

Ten hours in, and flagging, we went in search of what would have been number 26, returning to a Stock Dove nest hole we’d identified on our recce last year, but without success. We looked instead for Song Thrush, but chanced on a Common Chiffchaff gathering food. A pleasing one to end on.

What was most enjoyable was reflecting, as we strolled between habitats, on what these surroundings might have looked and felt like to our forerunners. Am I right to imagine that what has changed most is the general abundance of life?

It’s tempting to believe that there was just more in the way of life forms present, fifty years ago. Notwithstanding our competence, there is the definite sense that nests were easier to find, back then, presumably because birds were simply much more abundant. Perhaps insects were too. Campbell describes Ferguson-Lees being bothered by midges as he tried to locate Willow Warblers in a patch of Ground-elder. I wonder if this snapshot alone reveals a lot about the contrasting world they inhabited. We didn’t hear a Willow Warbler all day, and saw nothing resembling a midge. I don’t think we saw more than a single butterfly all day either, even after the sun broke through towards the end. What is perhaps more troubling is that this didn’t even occur to me as odd until I thought about it later that evening.

It also then occurred to me that I still had the eggshell in my bag, and towards midnight I checked it against the book. It made a perfect match with the Tawny Owl egg depicted there. So this gave us number 27, the same score as the class of 1903. And one more than in 1963.

So we could say that we matched their feat, more-or-less, though we did re-write the rules. In fact, the only intact eggs we saw all day were those of Common Coot, which would have been impossible to miss. What seems clear is that, not only were our predecessors’ nest-finding techniques greatly superior to and much less trammelled than ours, it also seems likely that there were, in all likelihood, many more nests to find.

Really, we can’t claim to have emulated the feat but that was not really the point. What is much more instructive is the glimpse the outing has given us of what has changed, and the pleasure of walking this interesting and varied landscape and imagining it five and eleven decades ago, our counterparts in tweeds or khakis, with their basic optics and much closer search focus. The need to prove nesting was novel for us. ‘It really changed the way we birdwatched,” Richard later reflected. It also gave us some life firsts – the family parties of some of the species, in particular. The Red Kites, Buzzards and Ravens that we saw would also have gladdened our fore-runners, I am sure.

The year that was

1903  British Birds journal was still three years from its inception, but in spring 1903 the Society for the Protection of Birds (its Royal Charter was still a year away) was launching Bird Notes and News – the precursor to Birds magazine – to provide ‘news of the doings of the Society’ to its members. The first issue spoke of the challenges of tackling the ‘conspicuous brutality’ of the plumage trade – the absence of herons from the 1903 Southill survey may reflect a wider depletion of the heron family – and the practices of caging and often blinding songbirds.

1963  In spring 1963, Rachel Carson’s Silent Spring was published in the UK. The perils of which it warned were only just dawning on a wider public. And while we have no record of Southill Park being affected, estates not too far away had been reporting dead and dying birds (and other species such as Foxes) in great numbers. The RSPB, BTO and Game Research Association had formed an alliance to mobilise volunteer support and quantify the carnage. On top of this, resident species were recovering from one of the harshest winters on record. Barry Nightingale can himself recall field edges littered with the corpses of Wood Pigeons. Bird Notes was still two years from evolving into Birds magazine. It reported that National Nature Week had just been held.

Footnote  In July 2013, while browsing once again in the file of Bedfordshire Naturalist journals, I discovered that the 1963 group repeated the survey two years later. It is worth adding this for the record, and to pick out a few of the noteworthy aspects of that visit. They returned on 1st June 1965, a ‘dull but promising’ day, and the promise was fulfilled as they racked up 100 nests of 35 species, way in excess of their 60/26 score of two years earlier. It supports the theory that there were many more nests to find, half a century ago – even more so perhaps as bird numbers recovered in the wake of the big freeze of winter 1962/63. There are some other poignant reflections: ‘The Muntjac was certainly not dreamed of at Southill in 1903 nor, probably, was the Grey Squirrel,’ wrote Bruce Campbell. ‘Another striking change, we reflected, was in the variety of noises which have invaded the countryside. At least during working hours, tractors, aircraft, bird-scarers and a power-saw reminded us of the age of technology. Perhaps in another 60 years science will have conquered noise and our successors will not strain to catch the off-nest calls of Chiffchaff and Willow Warbler.’

It may be that there was more human activity and therefore more noise then than now. But I think Campbell may have been especially surprised to learn that, 48 years on, there are no Willow Warblers left to hear.

With thanks again to the Whitbread family and Southill estate staff for their kind permission to repeat this historic survey, and of course to Barry and Richard for their vital contributions.

← Dining at the Vulture Restaurant
A place for the misfit →